The Water Front Market, Is It Worth It?

Currently, the average price of a non-waterfront house has increased 20% in the Comox Valley and 17% in Campbell River. It appears that the price increase for water front houses is out performing its non-waterfront counterpart!

The worst form of inequality is to try to make unequal things equal. - Aristotle 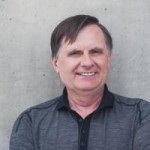