So what do we call this?

For both the Comox Valley and the Campbell River single family markets, sales volumes are up significantly! Prices are also on the move. The month to month comparison figures (May 2015 compared to May 2016), show double digit percentage increases in the average selling prices.

What really caught our attention is the Sell to List Ratio. When this ratio is above 60% it is considered a “Seller’s Market”. Well hold on tight because, in the Comox Valley market, the last 12 month stats show a sell to list ratio of 81%! For May 2016 compared to May 2015, the ratio is 103%; 149 houses were listed in May, and 154 houses were sold.

In Campbell River, the numbers are almost as punchy. The 12 month stats show a ratio of 68%. For May alone, the ratio is 84%.

Down at the shark tank, this would be called a feeding frenzy. I wonder if the real estate analysts have a name for ratios this high?

"To avoid criticism say nothing, do nothing, be nothing." - Aristotle 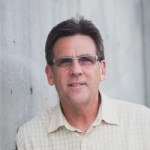 Chris has been appraising Real Estate for over 30 years and has served on the board for the local chapter of the Appraisal Institute of Canada.